“AMONGST THE DUSTY BOXES OF THE PASADENA FLEA MARKET, DOUG WALKER DISCOVERED 30,000 FORGOTTEN FILM NEGATIVES. OUT OF THAT PIECE OF HISTORY, LOST AND FOUND WAS BORN.”

Just in time for our celebration of The Lost & Found Collection’s East Coast debut at our lobby gallery we chatted with Doug Walker, the man behind the project and book!

You say your life changed one morning in 2007…what were you up to before that day? 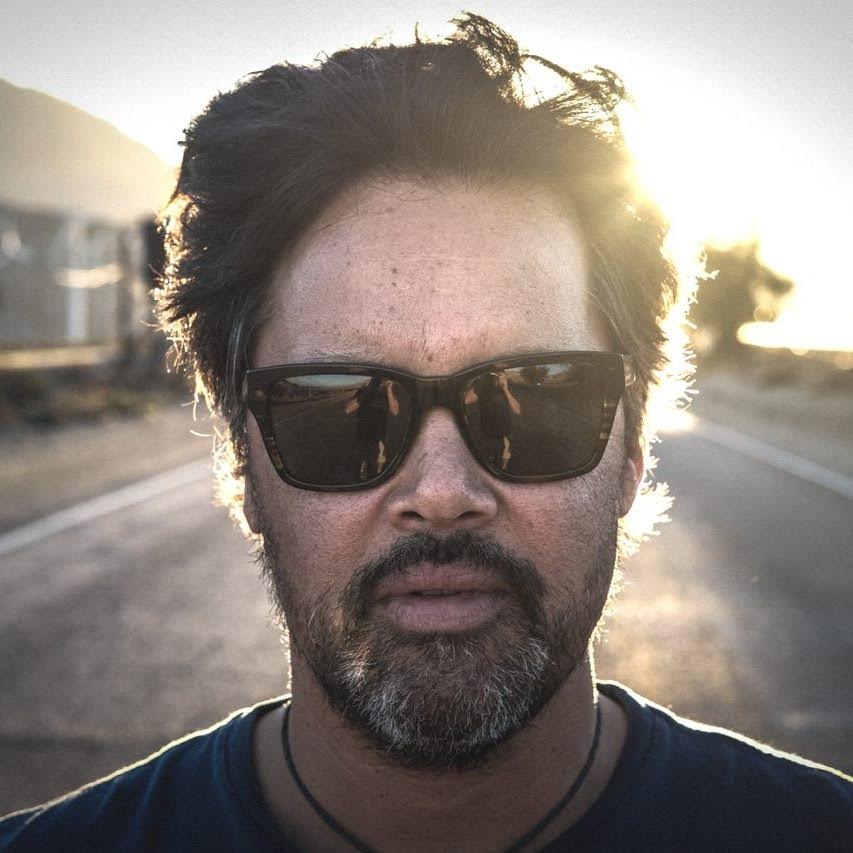 Life was all good. Just working and providing for my family, but one night I came home and my son was filling out college applications and I was like “wow…where has time gone?” I then told my wife I need to get back to surfing!! The next day she came home with a camera and said “go make something.” I then headed to LA to do a project, but I had to get a surf in. I was planning on surfing the next day but then my cousin called and asked if I wanted to go to the Rose Bowl Flea Market and that’s when everything changed. So you should be careful what you ask for because on that day finding those negatives changed everything.

Did you already have a connection to surf culture and/or photography?

I grew up in LA surfing Topanga, Malibu, Zuma, Countyline and even venturing up to Oxnard, but it was always just surfing and skating as I couldn’t afford a camera. After high school was when I was introduced to the editing room at a production company and it was after that I fell in love with FILM.

The moment I saw the file boxes I had to open them and see just exactly what was in them. They were filled with mainly envelopes stacked to the bottom. The first one said Feb 1974. I opened and reached inside and pulled out negatives. I knew it was film from my years in the editing room. I then held it to the sun and had a flashback to when I was a teen and would see these images arriving by magazine to my house. As a kid I would tear or cut images out and paste them on my wall so when I saw through the sun what they were I had an instant connection and knew it was special. 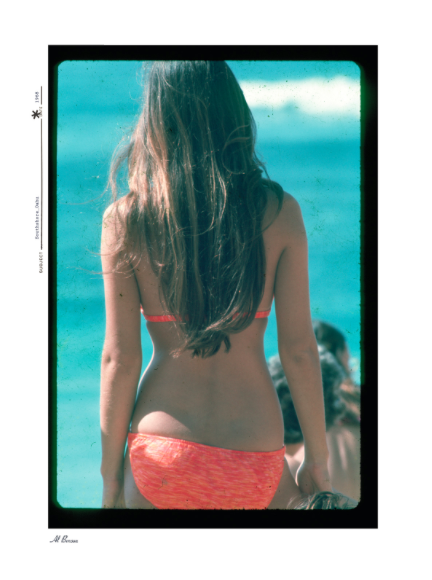 How would you explain the concept of ‘ohana’ to those who are unfamiliar with it and how has The Lost & Found Collection and the individuals behind it shed light on it for you?

That’s such a powerful word. My mother grew up in Hawaii yet I never had the chance to spend much time there. But when I found these negatives it took over my soul. The words ALOHA and OHANA are not just words. They’re something so much more with such power that you need to feel them before using them. Every single person I have met through my journey has become my ohana…so you ask what is it?? It’s FAMILY.

Speaking of the original photographers, we would love to learn more about them! Can you describe each of them and their work in one sentence:

Lance Trout: Florida native who followed his dreams to shoot on the north shore.

Ralph Cipolla: Got on a plane from Jersey and ended up staying on the north shore longer then expected.

Shirley Rogers: The beauty of the shores. Dated Eddie Rothman and was the only female photographer capturing stunning images.

Colonel Albert Benson: True family man loved by all. Filmmaker and photographer who had an open door policy at his home and truly shared ALOHA.

Dan Merkel: AKA Man Mountain – this name was given to him by Gerry Lopez.

John Jones: A professional dentist who took care of everyone’s teeth as well as captured images after everyone went home.

Larry “Flame” Moore: Editor of Surfing Magazine. I wish I could have met him.

Tim Bernardy: While people ventured to Hawaii, Tim loaded his VW Bus and went south of the border.

Kirk Lee Aeder: Master lensman who photographed the masterful Chris O’Roarke and wrote the beautiful book… (need to get the name!)

We’re so stoked to be displaying select prints from The Lost & Found Collection at our lobby gallery in September and celebrating the accompanying book as well! How did the collaboration with the MBH come about and how did you select the specific pieces to show?

Walt reached out and had always been a fan and I felt it was the perfect time to not only share the story, but also time to share with the East Coast allowing for everyone to enjoy. As for the pieces – that’s tough because the archive started with about 30,000 and has grown to over 300,000 images all from the 1970’s and various subjects soon to be revealed.

The book is called “Volume One” so we can only assume/hope that there is more to come! What’s next for you and The Lost & Found Collection?

More books, history and good vibes building something that we can all enjoy forever and to also respect these artists who really shot FILM! 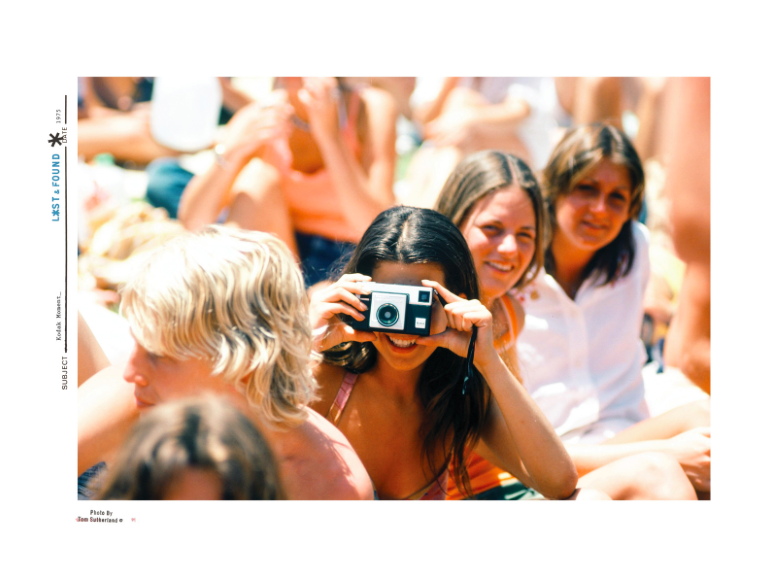 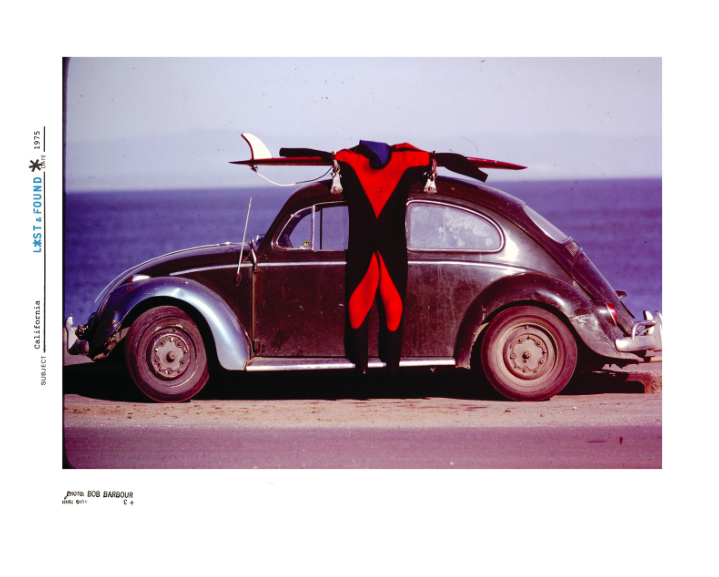 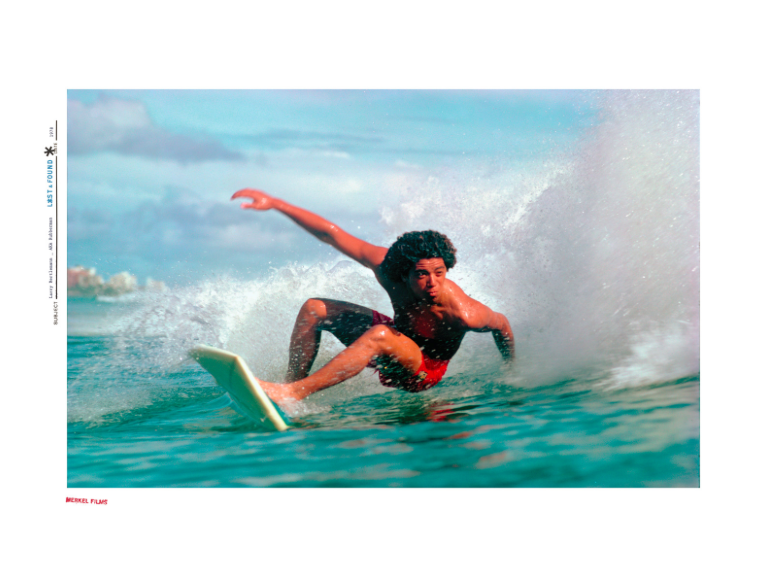 Join Doug at the MBH for an evening celebrating this amazing project this Friday, September 1st from 7:00 PM – 10:00 PM. Snag a piece of surf history with a personalized copy of the book, a print and/or an exclusive tee.

As always, peep our calendar for RSVP and events details.