If you too dream of uncrowded surf you have something in common with our first featured artist of the Summer ’18 season. Paul Brooke has basically dedicated his life to three things: surf, travel, and photography and the Montauk Beach House is stoked to present his first solo show in our lobby through May 24th.

What came first surfing or photography?

That’s an interesting question, and I want to believe surfing came first…but looking back I remember my grandmother having a one step Polaroid land camera from Sears that I used to play with as early as 4-5 years old! I can tell you, I ended up becoming a photographer because I was a surfer and interested in traveling to document the globe.

Describe your unique relationship to each…

My parents were hippies and later became chiropractors studying down south by Sebastian Inlet, Coco Beach in Florida. Once I was born my mom didn’t surf so much, but my dad always had us with him in the water and mom was on the beach with her telephoto lens and film camera shooting all of us and later teaching me how to shoot.

So I just sort of grew up with a bunch of my family members being surfers/travelers and friends who surfed and were great professional photographers. Living out east in Montauk all these years had a profound impact on my appreciation for strong natural lighting and the unique beauty of each location. Sometimes I can’t remember if something was a photograph or just an actual experience because of how intertwined my surfing and photography have always been.

I remember one winter while visiting Kauai, Walter Iooss was there and we were all hanging out at Hanalei Pier and he was photographing his son Bjorn and my cousin Charlie Weimar after they got out of the water from surfing the bay…the next day we watched the Good Morning America show and Walter had flown from Hawaii back stateside to be interviewed. That clearly had an impact. I was in 4th grade when I decided to become a photographer and chase my dream of surfing and photographing great people and places.

How did your show at the MBH come about?

While living down in Nicaragua this past winter, I continued my experimentation with bending light and creating abstract seascapes. Walt, the Creative Director at MBH has always been a guy I respected around Montauk for his chic style and unique eye so I reached out to him with this set of images in mind and luckily he was game to give me a proper first solo show!

I’m very excited about how this series of photographs came out and selected to be shown at such a great venue. I start with tracing moving waves with my camera at a slow shutter speed. The waves appear as lines of energy sliding across the open ocean. Depending on where the sunset is in relation to the direction my lens is crossing, the coloration can be quite different frame by frame, minute to minute. Each image in the series of 10 photographs was selected based on crispness, color and composition and to complement one another.

If the MBH dedicated a cocktail to you what would it be called and what would be in it?

I already have one! Nico knows it and I just call it “The Gin Thing.” It’s definitely gin, mint, cucumber, some lime juice and simple syrup on the rocks! That’s my summer drink of choice for sure.

What’s on your summer ’18 playlist?

You’re an avid traveler – what have been some of the locales that have had the biggest impact on you?

My 2009 trip to South Africa had a deep impact on my life and how I viewed the world. Never having really traveled outside of the US before this trip, it opened my eyes to how most of the world actually lives. I continued traveling ever since to Europe, Asia, the Caribbean and most recently Mexico and Central America.

I can remember putting gas in my motor scooter this past winter in Nicaragua and the man at the pump handed me back the wrong change, which I could have easily rode away with…but I knew my math was better than his and gave back the difference so he wouldn’t have to pay out of pocket and lose out on pay. Just doing little things in the right direction especially in poor countries teaches you a lot about yourself and what the real goal in life is (to end global poverty and provide equal education).

Where are your travels taking you to next? Any dream destinations?

Still up in the air about where to next but I have always wanted to check out South America and India to surf and photograph! Right now, my girlfriend Demi and I are planning on buying a minibus and renovating it into a tiny livable studio to hit the road with across the states. It’s been a dream of mine to see more of America and document some nature and people along the way.

A dream destination would be the Island of Sumba in Indonesia because of the unique native culture and customs still practiced today. Anywhere far away from the modern industrialized world really though.

Jason Child’s work has had a big impact on my fascination with the indigenous people of Indonesia. It’s hard to forget their faces and they definitely make you wonder about what other people’s lives are like all around the world.

What can we look forward to from you work-wise in the coming months?

Currently, I’m working on putting together another body of work on volcanos that I’ve climbed over the last two years between Bali, Guatemala and Nicaragua – they’re color images that bring viewers through each of the different elevations of forest and barren rock exposures. Each of the volcanos are in different stages of their activeness and one has been dormant for 10,000 years! Each has the most incredible energy fields and nature hanging on to the sides of the living mountains. 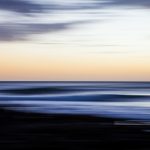 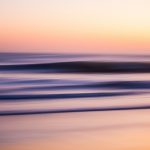 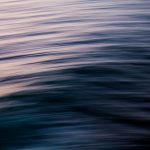 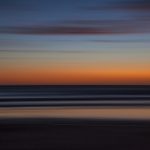 PAUL BROOKE: SEA LINES | A PHOTOGRAPHIC JOURNEY OF CHASING DREAMS IN FARAWAY LANDS | ON VIEW AT THE MONTAUK BEACH HOUSE THROUGH MAY 24TH

As always peep our events calendar for event details and to RSVP.